Introduction The aim of this study was to explore patients’ knowledge and perspectives in Istanbul, Turkey about the pharmaceutical regulatory review and reimbursement processes with respect to patients’ access to new medicines.

Methods For the purpose of this study a tailored made paper-based questionnaire, Patient Perspective Questionnaire (PPQ), was developed and subsequently piloted in the target population. A total of 350 patients were recruited consecutively into the study from hospital outpatient clinics, general practice, community pharmacies, patient organisations in 28 diferent districts of Istanbul receiving treatment for chronic conditions. In addition, 22 patients were randomly selected from the cohort for face-to-face interviews in order to obtain further insights about the relevance of the PPQ, and to help with formalising a set of recommendations for the involvement of patients in both processes. Data processing and analyses were carried out using SPSS version 23 statistical software.

Results Overall 210 (60% response rate) completed the PPQ (51% males) with the mean age of 56, median of 54 and range of 18–75. Most patients in this study (84%) seemed to know that medicines had to be approved by the government. However, 81% of patients were not aware of the regulatory review process with 73% being unaware of approval timelines. Furthermore, 78 (37%) patients described the Turkish approval process to be of a lower standard compared to that of the US and EU. However, 147 (70%) of patients believed that there are novel alternative medicines for their disease available in other developed countries. Similarly, 126 (60%) patients thought that new medicines only become available in Turkey after their availability in the other developed countries. In contrast, patients in this cohort were more aware of the reimbursement system in Turkey where the majority expressed their satisfaction and 34% described access to new medicines to be adequate.

In addition, the majority of patients (75%) recognised that the government is the main payer, even though insufcient information is provided about new medicines. Patients stated that they do not have any role in the decision-making process for the approval or reimbursement of new medicines and therefore most of them indicated that they wish to be more involved in reimbursement (60%) as well as in the approval process (58%).

Discussion Faster access to medicines, improved health and pharmaceutical care as well as lower prices were considered by the study patients as the improvement priorities. Further, they were able to ofer academic collaboration and active patient involvement in both processes as possible solutions. 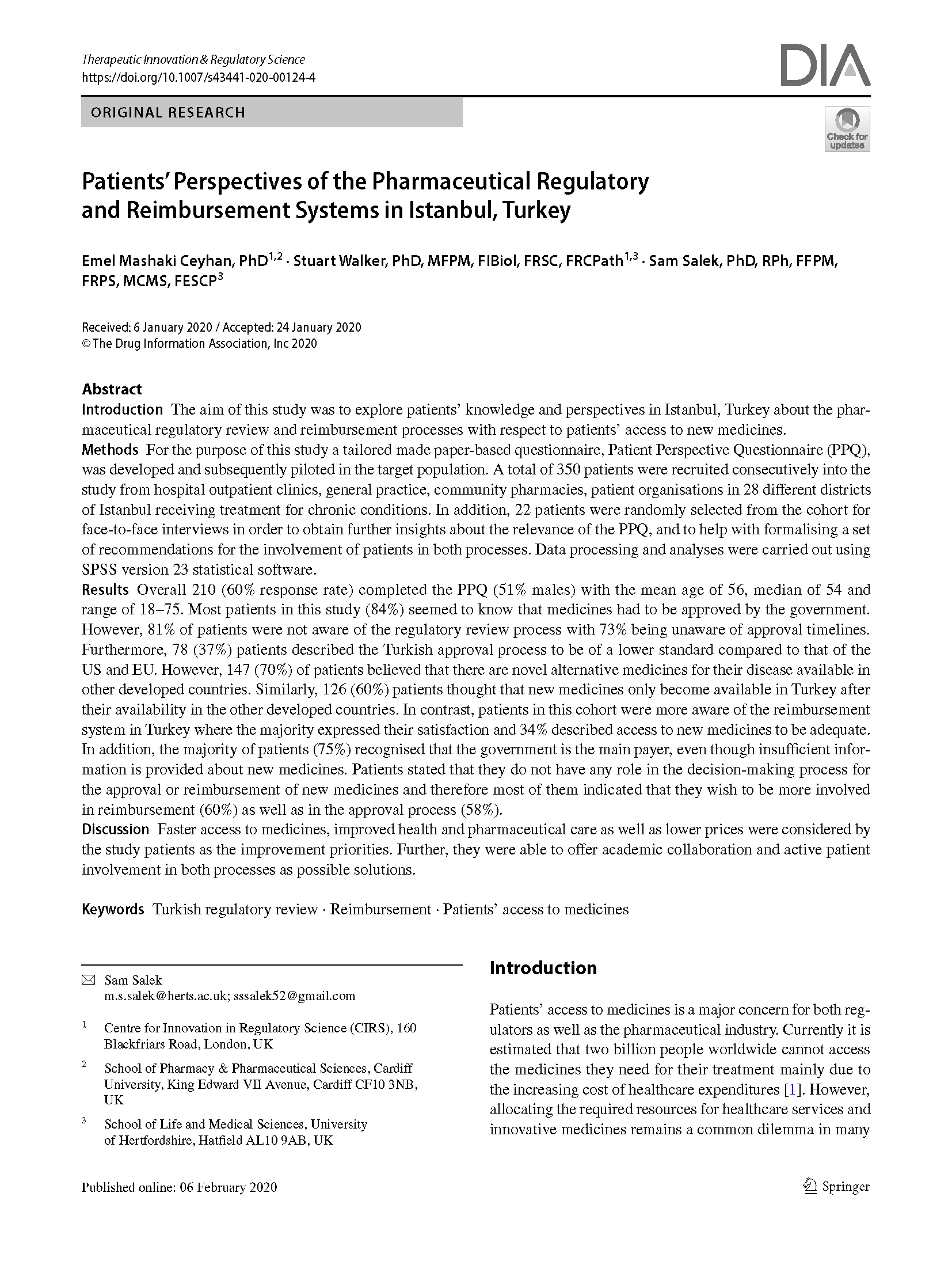